News from the sunny side of Paradise!

With the Holiday season around the corner, an all inclusive package is exactly what you need for your vacation. And the fun's not just for the kids, it's for everyone! Introducing our All Inclusive packages. Have the vacation you deserve at one price!
You asked, we listened! As of November 2019, Leisure Lodge Beach & Golf Resort will be offering a full all inclusive stay package!

Daytime snacks from the ALL INKLUSIVE Menu are available from 1100hrs to 1700hrs.Coral Beach Bar serves Beverages in the All-Inklusive Package from 1000hrs to 1800hrs.
Bottled Water, Seasonal Juices, Soft Drinks, House Wine by the Glass, Local Beers
. 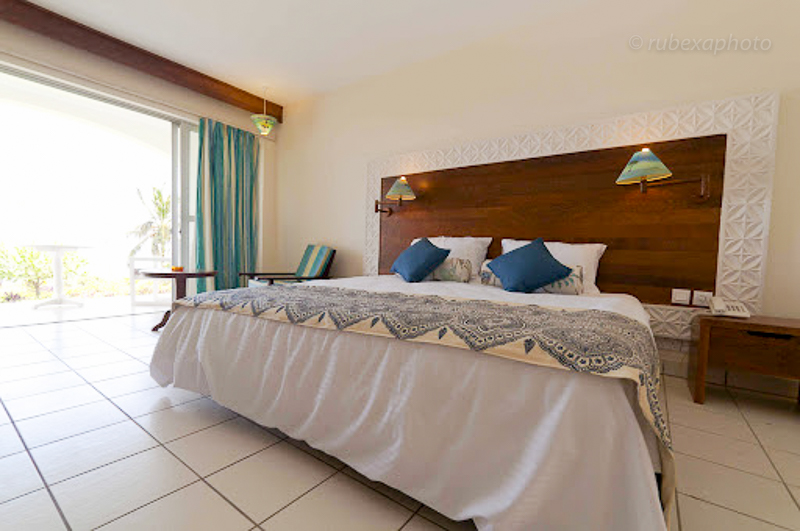 By BONFACE OTIENO  More by this Author

Qatar Airways is set to increase its flights between Mombasa and Doha in December, stepping up competition for struggling national carrier Kenya Airways.

The Middle East carrier, which operates three daily flights to Nairobi’s Jomo Kenyatta International Airport, said they would be flying to Mombasa five times a week, up from four. The additional flight will run from December 20 to March 27.

“The increase in frequency will allow passengers to enjoy the wonders that this coastal city has to offer, and locals will have more opportunities to enjoy Qatar Airways’ extensive global network of more than 160 destinations,” said group Chief Executive Akbar Al Baker in a statement yesterday.

“This increase allows for further growth, and strengthens the bonds between the State of Qatar and Kenya,” said Mr Al Baker.

Diani Reef Beach Hotel, the facility, which sits on a 40-acre parcel of land, currently has 143 rooms, in operations. Diani Reef announced an expansion plan by an additional 114 new rooms to be unveiled by December.

The additional 114 new rooms, which will be unveiled just in time for the peak holiday season in December, will bring the total room count of Diani Reef Hotel to an impressive 257 rooms.

Speaking to the press, Diani Reef Hotel Managing Director Bobby Kamani said the investment is strategic to accommodate the high numbers expected from both the international and domestic tourists.

Currently, the hotel bed capacity is above 90 percent during this August high season.

“We are very excited as this expansion plan goes a long way in ensuring that we are able to accommodate the high numbers of tourists expected during this festive season,” said Kamani.

He said all the raw materials for the expansion of the new rooms as well as for the renovation of the existing rooms have been sourced and procured locally.

“This is in our continuous effort to support and empower the local communities within Kenya’s coastal region.  I am also confident that this expansion will assist in creating employment opportunities for the many hardworking local men and women pursuing careers in the hospitality industry,” he said.

According to Kamani, the expansion will also help boost the conferencing business for the Hotel, as it will be able to accommodate more delegates.

“We have made substantial investments in our conferencing facility which can accommodate up to 1,000 delegates. As a result of our room expansion plan, we will now be able to accommodate even more delegates,” he said.

The addition of these 114 rooms further endorses Diani Reef’s confidence in South Coast as a destination, with Diani beach being named one of the best in the world and Africa’s leading beach destination. 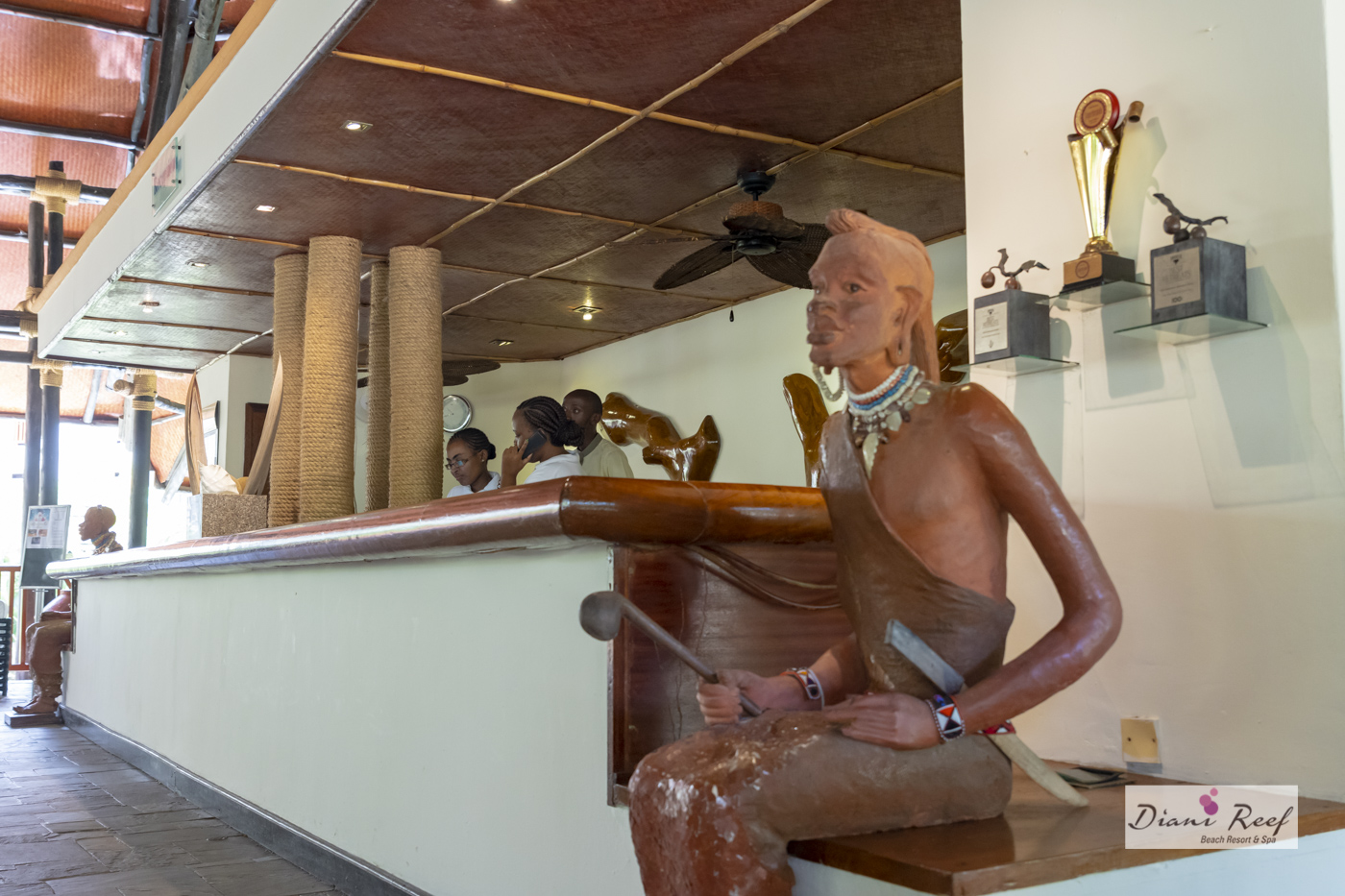 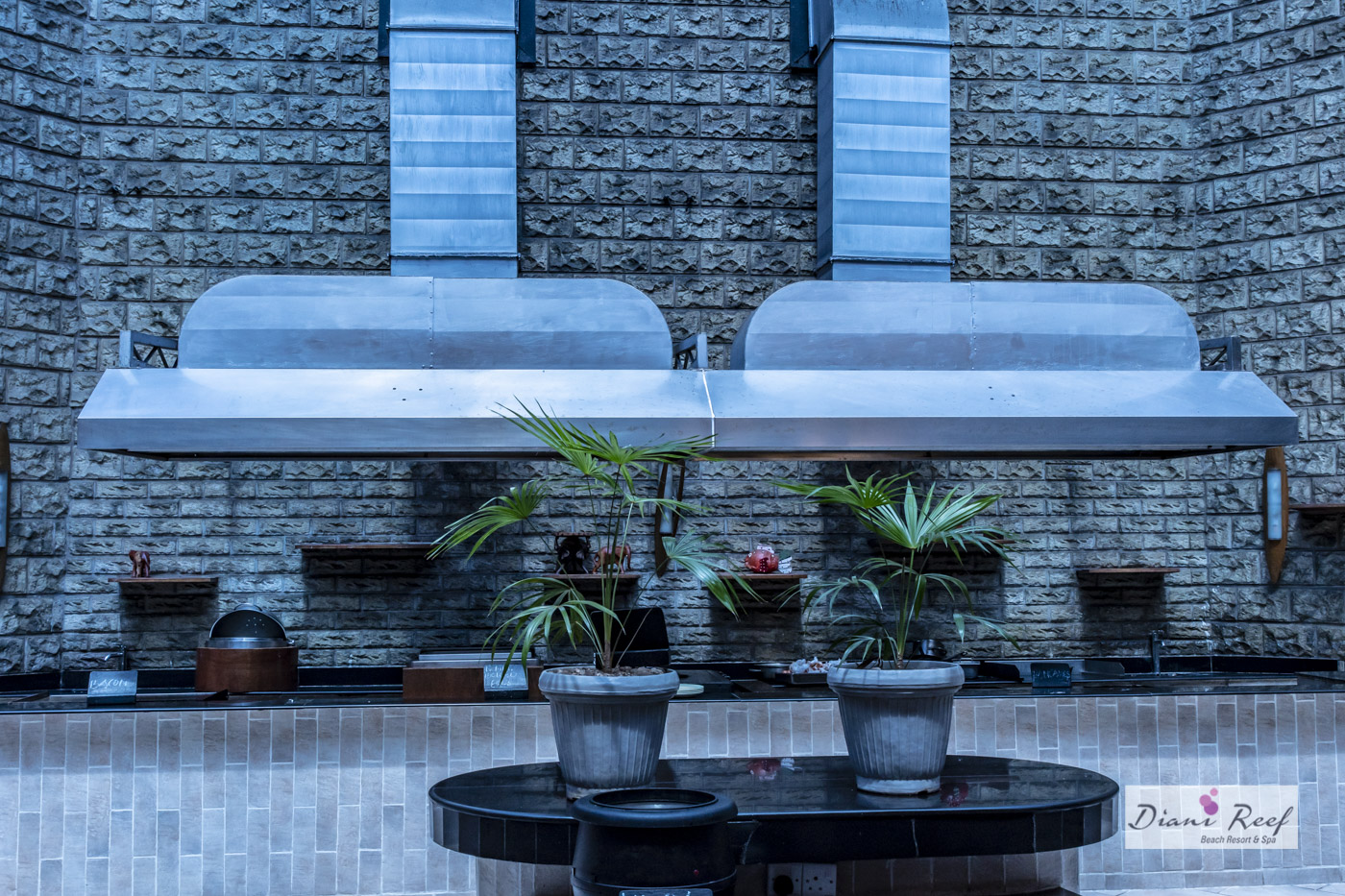 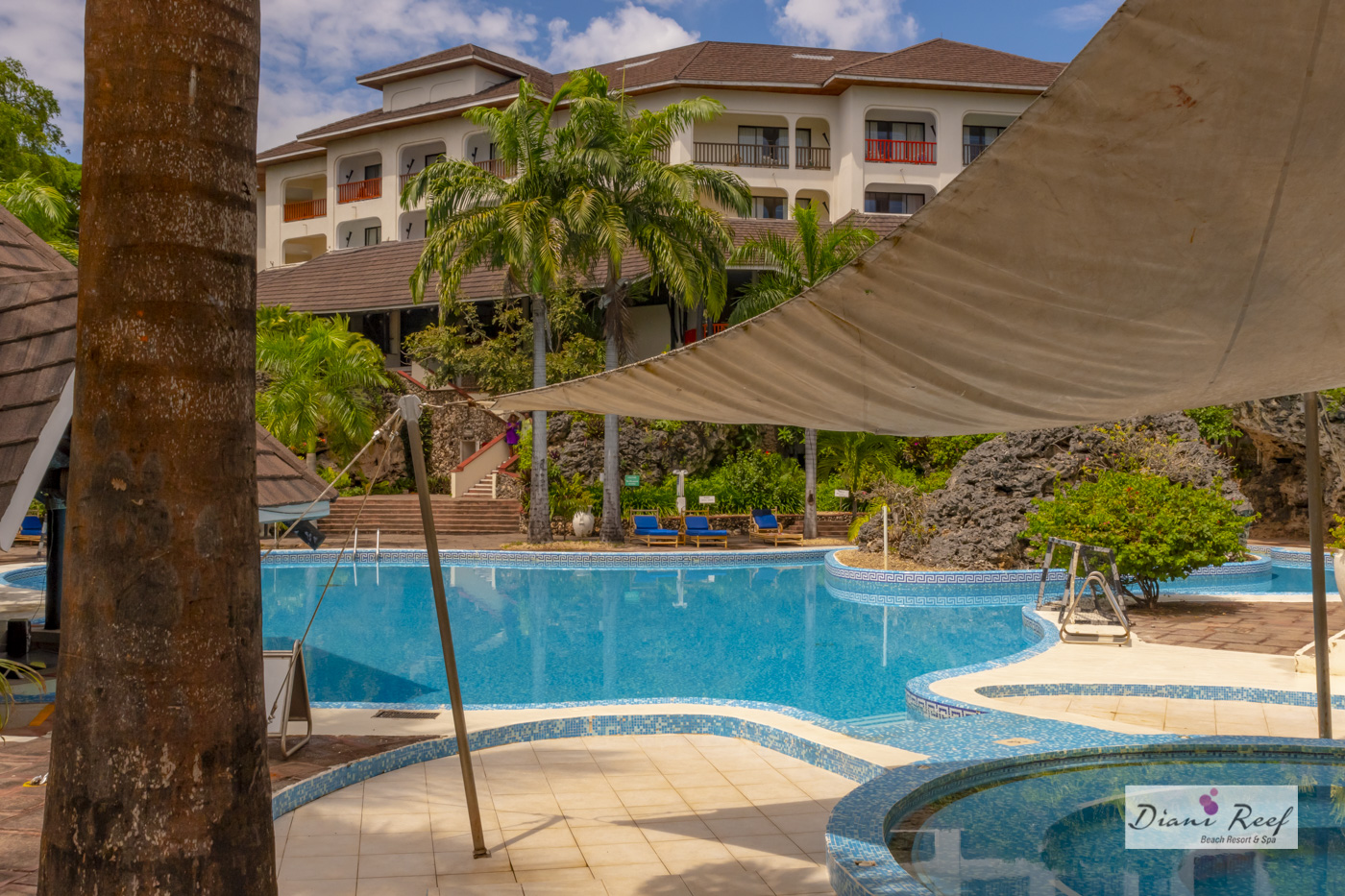 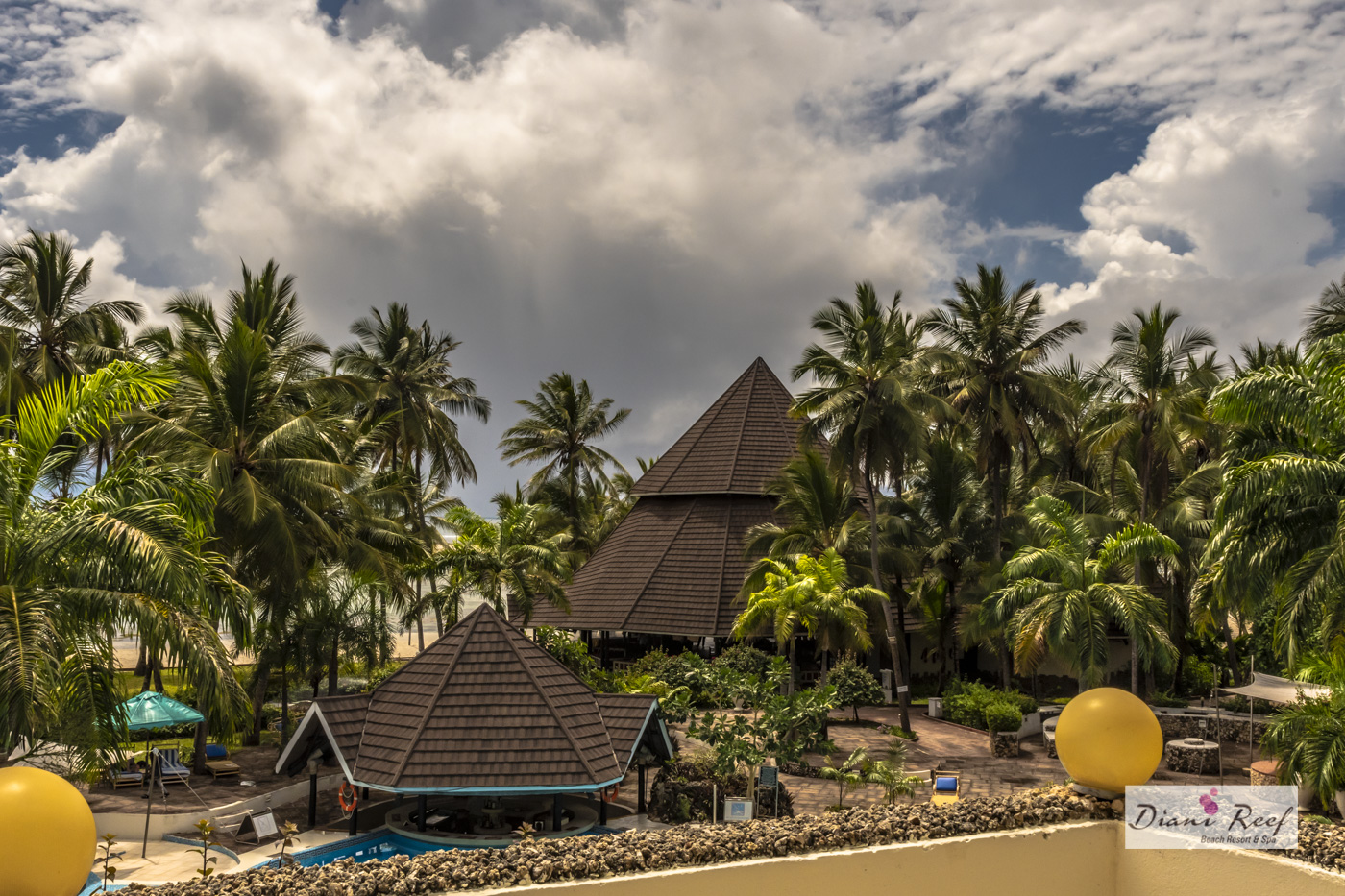 Kenya Tourism Board is delighted to bring you the 8th edition of MKTE. We invite you to join us on the 02 – 04 October 2019 at the KICC in Nairobi for the African gathering of the trade. 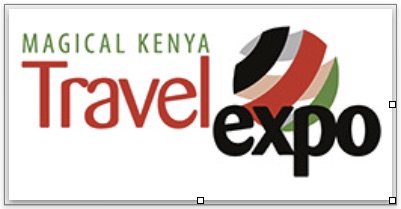 WELCOME TO THE SEVENTH EDITION OF THE ANNUAL MAGICAL KENYA TRAVEL EXPO
MKTE is one of the fastest growing tourism events in the region and is currently positioned as the leading travel trade fair in East Africa. It aims at raising the profile of the destination Kenya and the region as a whole 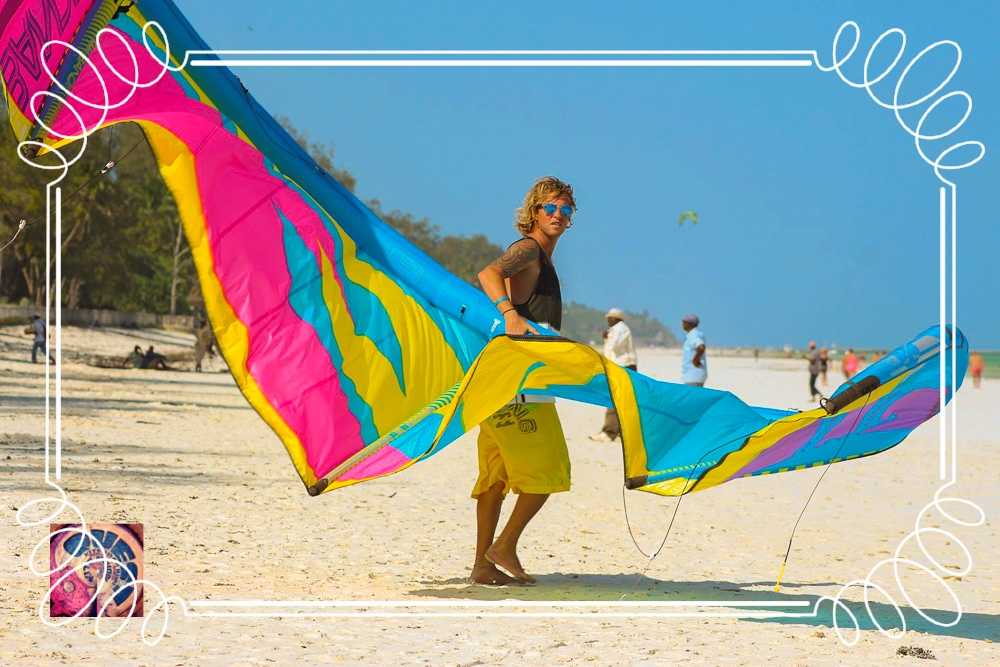 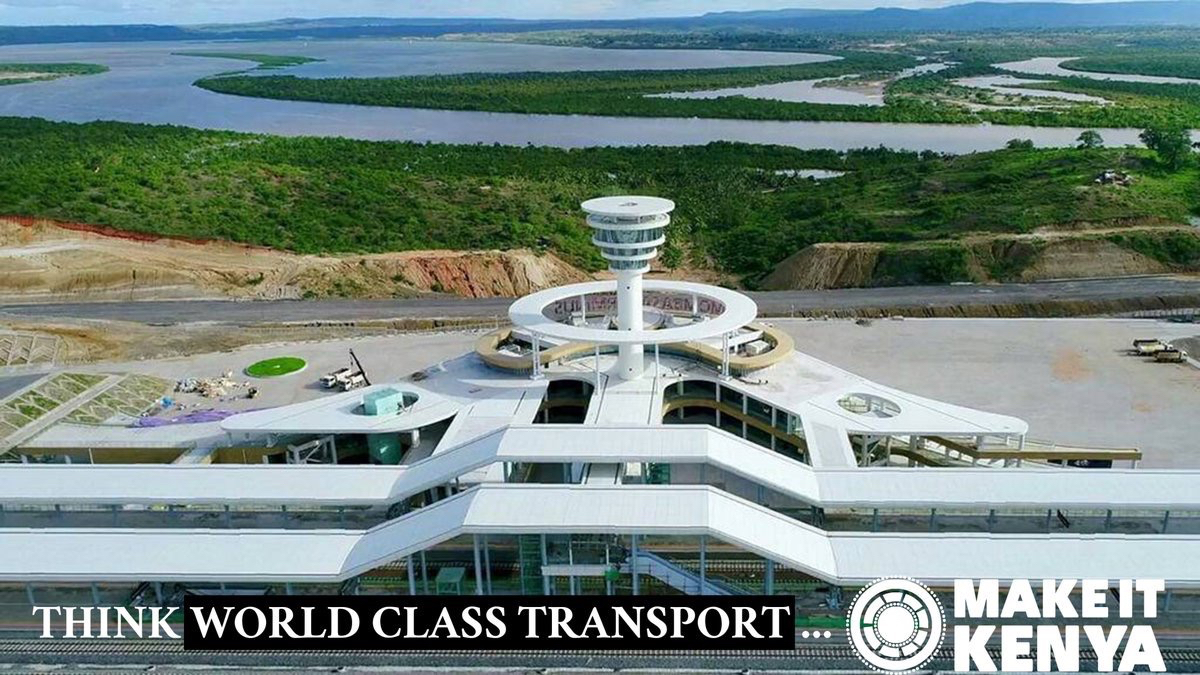 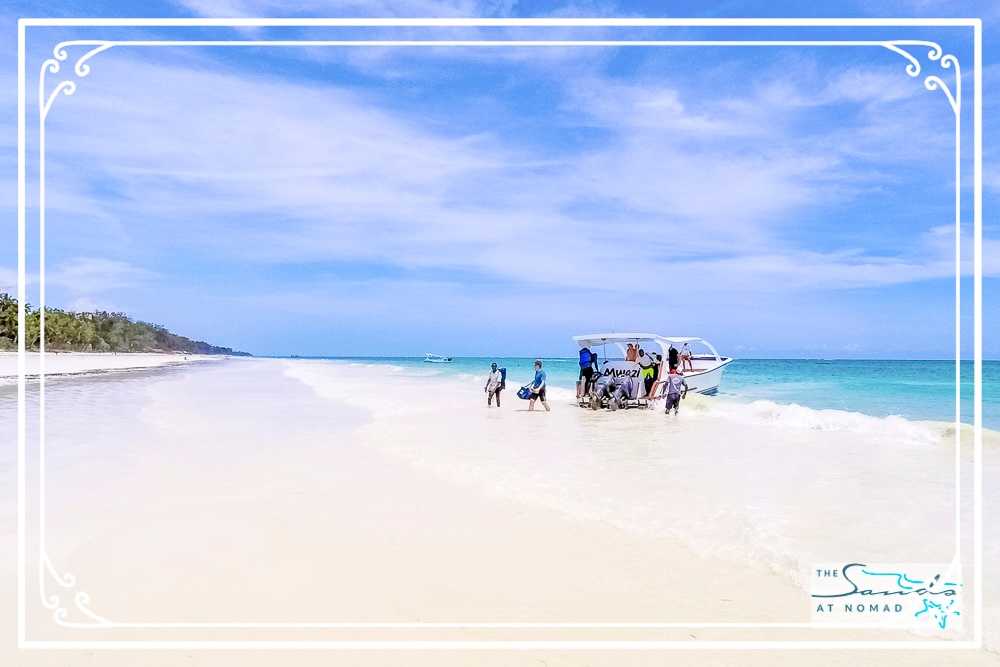 Posted on November 8, 2016 by kenyatourismboard

The MP who was accompanied by Stephen Kirwa also a committee member made the remarks yesterday at the ongoing 37th edition of the World Travel Market (WTM) exhibitions in London where about 40 Kenyan travel trades are showcasing their tourism products. 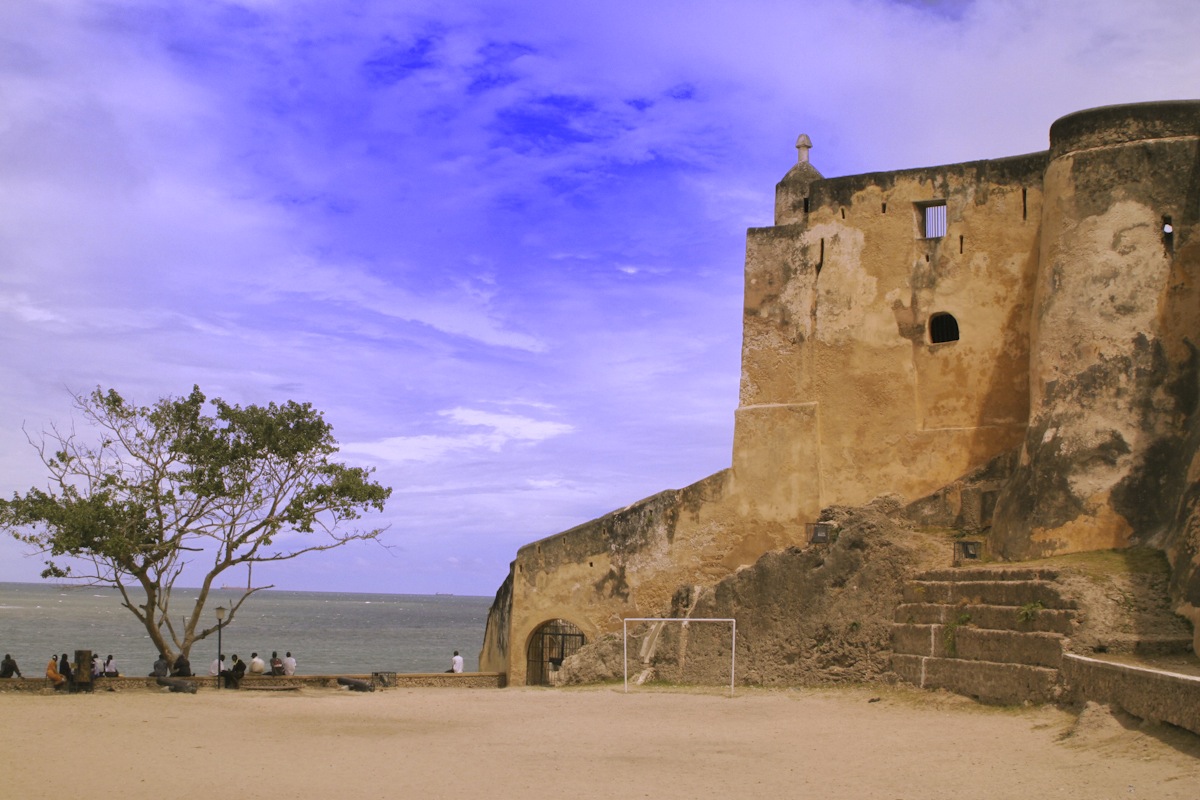 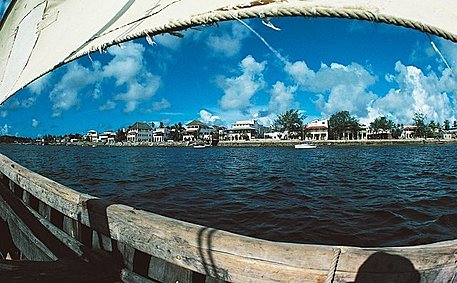 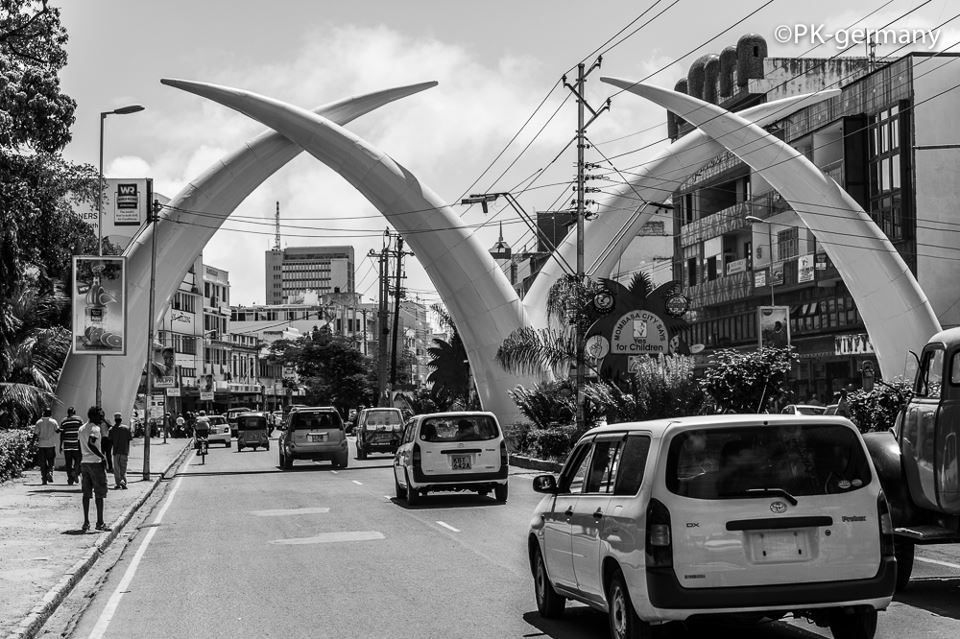 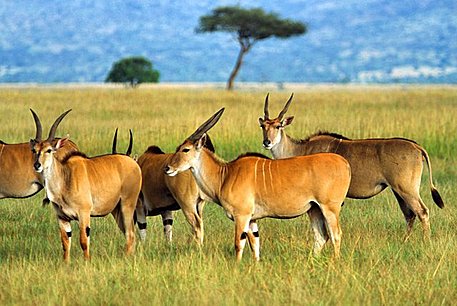 Kenya is proud to be home to 6 unique world heritage sites identified by The United Nations Educational Scientific and Cultural Organization (UNESCO).

Clustered in different categories, these sites have been identified precisely because of their cultural, historical, natural and archaeological value. These world heritage sites combine to form the ultimate quintessence of the nation.

At Rhino HQ we're celebrating all five species of rhino - Black, White, Greater one-horned, Sumatran and Javan. It's also a chance to remind ourselves why rhinos are so important to our environment, and communities living alongside these majestic animals.

Celebrate with us This World Rhino Day, celebrate these amazing animals and share your stories, photos and hopes for the future using the hashtag #worldrhinoday2016

More Information on Save the Rhino: http://bit.ly/2desuly 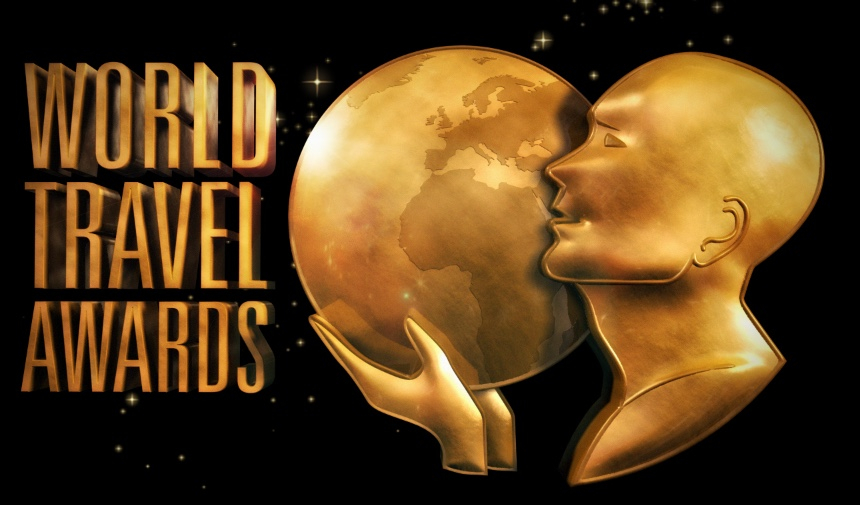 Kenya’s tourism industry has bagged more than ten awards at the World Travel Awards in Zanzibar.

The award for Africa's leading meetings and conference destination went to Nairobi while Africa’s leading destination and cruise port 2016 went to Mombasa.

She singled out Nairobi as having become a city of choice for international conferencing, adding the KICC plays a key role.

“The increase in bed capacity through the entry of international brands like Radisson Blu and Kempinski, and the recently opened Golden Tulip Hotel, enhanced security," she said.

The awards were received at the 23rd annual World Travel Awards, Africa and the Indian Ocean Islands Gala Ceremony held at Diamond La Gemma Hotel in Zanzibar on Saturday night.

News are emerging from Mombasa that the new management of the Kenya Ferry Services has finally acceded to constant demands by the coast tourism industry and granted priority access to the ferries crossing the Likoni channel, which separates the island of Mombasa and the south coast. 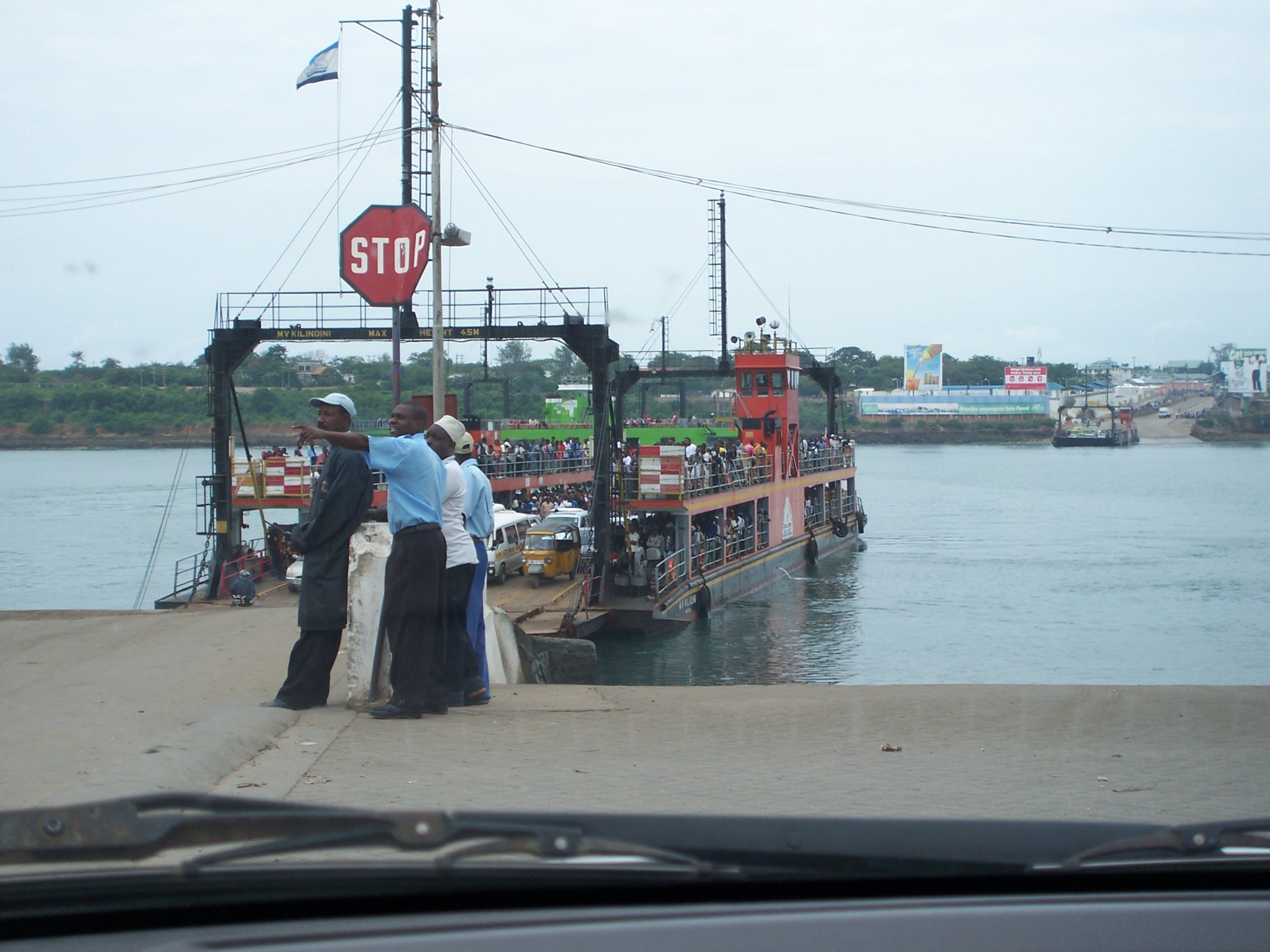 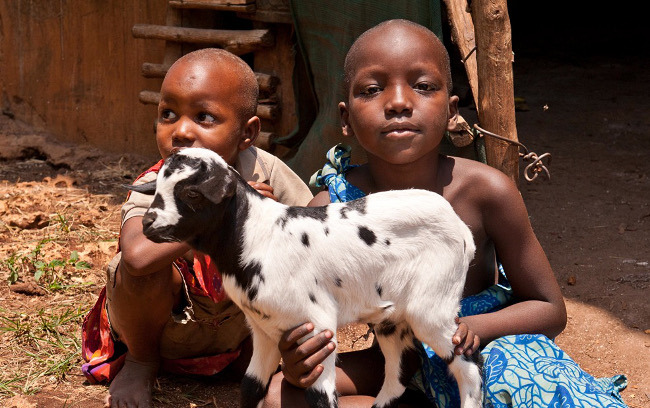 Good news: From 27 October, Lufthansa will be flying to Nairobi, the capital of Kenya. An aircraft of the type Airbus A340-300 will fly between Frankfurt and Nairobi four times a week in winter 2015/16 and five times a week from 11 December.

LH 590 will leave Lufthansa's Frankfurt hub every morning on Tuesday, Thursday, Saturday and Sunday (and on Friday from 11 December 2015 to the end of January 2016) and will reach Nairobi in the evening after a journey of more than eight hours. The return aircraft will take off from Nairobi as a night flight in the late evening and lands the morning of the following day at Frankfurt Airport. The flight times are thus optimally aligned to flights from Germany, Europe and the North Atlantic.

Lufthansa expects great interest and high demand especially among leisure travellers. On the African continent, Lufthansa passengers will be able to experience an extremely lively metropolis. The Kenyan capital has numerous attractions. Guests can discover, for example, African history at the National Museum. In the city centre of Nairobi, you can experience the culinary side of Kenya in the markets and in restaurants. Or, just a few kilometres from the centre of the city with 2.7 million inhabitants, you can observe the wild African animals in Nairobi National Park.

The round trip to Nairobi can be booked from 649 euros. More information and the opportunity to book Lufthansa flights can be found online at LH.com or via the Lufthansa Service Center by calling (069) 86 799 799 (landline rate). Flights can also be booked at the Lufthansa travel agency partners and at the Lufthansa sales counters at airports. At www.lufthansaholidays.com, Lufthansa offers attractive trips for Nairobi, including flight and hotel.

The new route at a glance